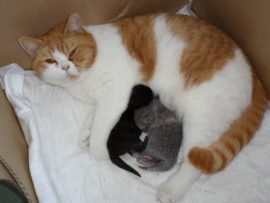 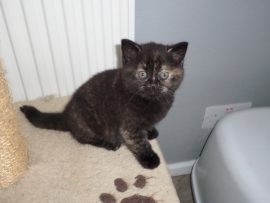 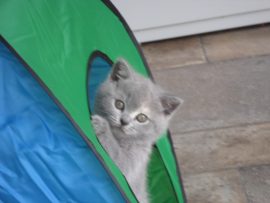 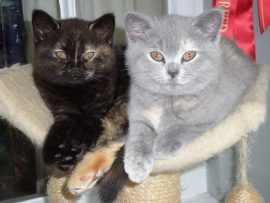 *** We are expecting another litter mid- August ***

Poppy, our British Blue queen, had 4 kittens at the end of December.   They are all now happily settled in their permanent homes 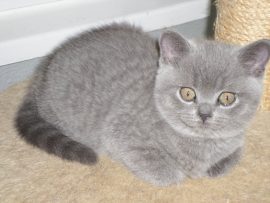 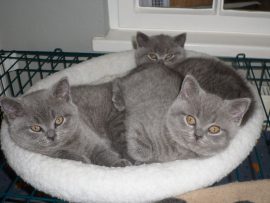 We shall be mating our other girls in the early Spring.

Below are pictures of some of the kittens we had in 2019.  Colours included Red Self, Blue, Cream & White Bicolour, Tortie 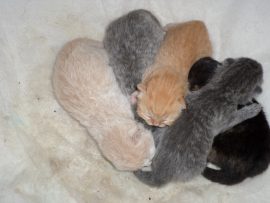 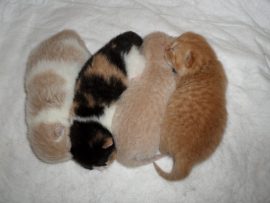 Harlequin’s and Scramble’s kittens at six weeks old and below are some later pictures.

They have all settled happily in their ‘forever’ homes except for the Tortie & White girl, Moormist Melange, who is staying with me.   I am hoping to show her at several shows in 2020. 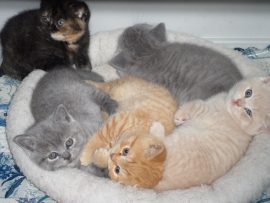 Some of the kittens, now 6 weeks old 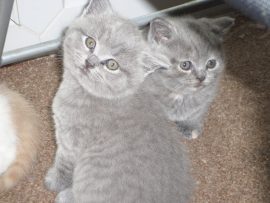 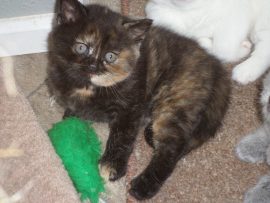 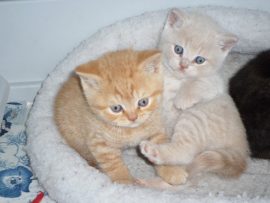 Our Red & White Bicolour queen,  GrCh Moormist Cordelia, had her first litter in 2019.

Cornelia had two kittens – both boys.   One is a Red & White Bicolour and the other is a Red Self.

Mother and babies doing well.  Below are pics taken when they were 3-days old. 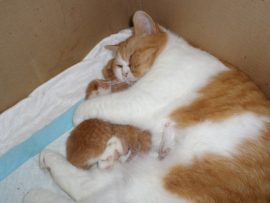 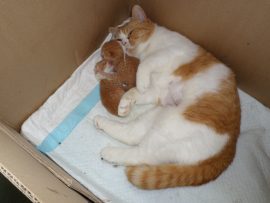